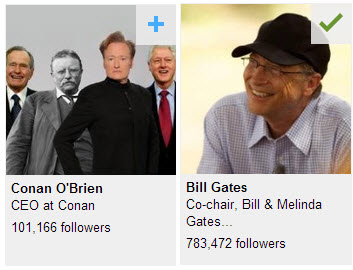 Conan O’Brien announced on his show that wanted to climb to the top of the LinkedIn Influencer list.   He has a long way to go.     For example, Bill Gates has 7 times as many followers on LinkedIn than Conan.   Why?  Bill Gates is a philanthropist and is part of the GivingTuesday Movement.
Conan poked fun at me because I have more LinkedIn followers than him. He joked that my red hat is the key to my success – it was a funny monologue, but I am offering Conan a better way to increase his LinkedIn followers than photoshopping a red hat on his profile.
I gained influence on LinkedIn by helping nonprofits raise money through events like GivingTuesday, a national day of giving on December 3rd that inspires people to take collaborative action to improve their local communities.
Conan O’Brien could make a huge difference and gain more followers by raising awareness about charity giving by talking about GivingTuesday on his show before Dec. 3rd
This year, over 5,000 partners across the country will participate in the #GivingTuesday event on Dec. 3rd. I’ve been doing nonprofit fundraising online for years, and I know that media exposure makes a huge difference in their success. If Conan did a monologue about charity giving on his show, he could use his significant influence to help thousands of people in need this holiday season AND climb to the top of LinkedIn influencers list.
I think Conan should join the #GivingTuesday movement and get more followers. Sign my petition to ask Conan to do a monologue about GivingTuesday. 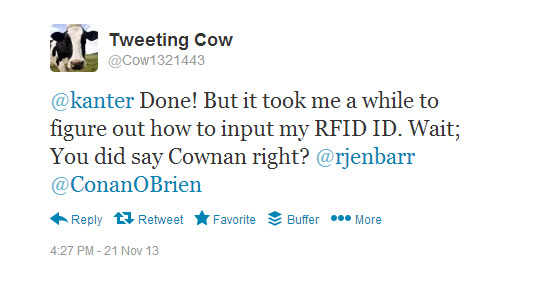 Join almost 5,000 people and one cow who have signed the petition for Conan to talk about #GivingTuesday on his show