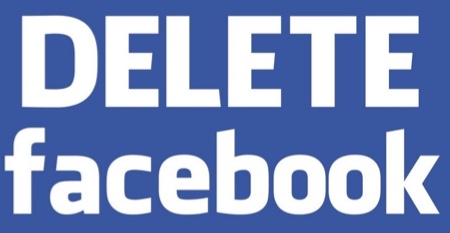 In the aftermath of the reports that Cambridge Analytica, a firm that worked on President Trump’s 2016 campaign, used private data on 50 million Facebook users has erupted into a strong backlash against Facebook. The hashtag #deletefacebook has been circulating on the Internet.   I have seen many posts of outrage from friends and colleagues, all angry at Facebook and threatening to delete their accounts.
There was radio silence from Facebook until 24 hours ago when Mark Zuckerberg released an apology and made the media rounds to begin to regain trust and save its reputation. There were many questions about how Facebook will fix it, regulation, and more.

In an interview with The New York Times, he noted the company would soon institute new policies to cut back on the data given to the third-party apps that many Facebook users have opted into over the past decade.
“A lot of people have been on Facebook now for five or 10 years, and sometimes you signed into an app a long time ago and you may have forgotten about that. So one of the steps we’re taking is making it so apps can no longer access data after you haven’t used them for three months.”
Zuckerberg also addressed the ongoing #DeleteFacebook movement, which has urged social media users to delete their accounts on the platform.
“I don’t think we’ve seen a meaningful number of people act on that, but, you know, it’s not good,” he told the Times. “I think it’s a clear signal that this is a major trust issue for people, and I understand that.”

But deleting your Facebook account and extracting yourself from Facebook is harder than pushing the delete button. Facebook does not make it easy and it can take 90 days to delete your account. (Watch this video and read this report from the New York Times.)
But many people are dependent on Facebook personal, professional, or business reasons, yet we have not fully understood the data policy.  Some are saying don’t delete your account, call for regulation.
The privacy issues at the platform and business model level are not a quick fix. But if you want to guard your data, here’s some basic steps you can take from the Electronic Frontier Foundation and a more comprehensive guide to a “data detox” from Mozilla.
You can also use this Chrome plugin to take a “data selfie” that tracks you while you are on Facebook to show you your own data traces and reveal what machine learning algorithms could predict about your personality based on that data
In a conversation about this with colleagues (ironically on Facebook), colleague Vanessa LeBourdais, pointed me to this thought piece by Rebecca Solnit.  She advocates fixing your privacy settings, but not deleting Facebook.  Here’s what she said:

I’m not deleting my FB account anytime soon. We are in a constitutional crisis/slo-mo coup (in part thanks to Facebook and Cambridge Analytica), and in responding it we will need to share information. FB is how I stay in touch with a lot of people (including many I am in touch with no other way), send out some news and analysis and occasional calls to action, follow many activists and find some news stories. Shutting down that capacity now would reduce my range and access to information and allies, and I doubt it would harm Facebook.
Use them. Try not to let them use you. Remember to disable Platform, which is how they pimp your data, use Adblock and Ghostery, don’t click on the ads, and say as many bad things about FB as you can on their platform (and cheer their stock crashing). The time may come when we can say goodbye to a destructive and amoral corporation without saying goodbye to each other.
p.s. I’m glad people are outraged but they could’ve been outraged last June when most of this information was summarized in the NYRB or earlier when other versions of it appeared. I might add that all this data was to manipulate us. What makes people manipulable is lack of scrutiny of sources, being uninformed, herd behavior, unexamined assumptions, gullibility, jumping on bandwagons, taking slogans for ideas, etc. Critical intelligence, being well-informed, and researching what you’re responding to are acts of resistance.

For now, I’m not deleting my account just yet, but I did spend time doing a data detox and privacy settings check and deleting apps.  What about you?