In the last six weeks of summer, turn on any TV news channel, NPR, or read news articles online, and there was depressing news.    The Malaysian Airline tragedy in the Ukraine, the Ebola virus outbreak,  the conflict on the borders of Israel/Palestine, Iraq/ISIS,  Ferguson, and the sad passing of Robin Williams.    These are all very serious and sad world events.   So, maybe it is not too surprising that something that makes us feel good while doing good and a little silly like the ALS Ice Bucket Challenge went wild on the social networks.    (That’s the response I gave during NPR Morning Edition when asked why it was catching on)
The challenge involves dumping a bucket of ice water on one’s head or donating to the ALS Association, with a social media component.   Participants do a video of themselves dumping the water on their heads or donating, and tagging other people in their network to do the same.    This was not a campaign started by the ALS Association, but young people who wanted to support the cause.   Soon celebrities and main stream media joined in the fun as it continues to sweep the nation.   Technology rock stars have also joined the bandwagon, including Bill Gates, Robert Scoble, and Mark Zuckerberg (who was challenged to do this by Chris Christy, Governor of NJ).

I’ve written about the rise of Philanthrokids, those young people otherwise known as Generation Z, who are online social network savvy and can easily use their Smartphones to raise money or awareness for a cause.    I’ve seen colleagues take the challenge with their children, like my colleagues Lisa Colton and Marc Pitman both of whom have a family member who suffered from ALS.
It sounds counter intuitive to ask people to donate $100 to ALS or make this goofy video and share on social.  But according to news reports, it has increased awareness and dollars raised  for ALS research. The association reports $15.6 million in donations since July 29, compared with $1.8 million in the same period last year, including 300,000 new donors.  There were over a million videos created according to various reports.
Even my favorite charity and philanthropy cynic, my colleague Tom Watson who writes a regular column for Forbes Magazine, gave the Ice Bucket Challenge a big thumbs up in his recent column, pointing out all the reasons why it was a success beyond the dollars raised.  One reason is that wacky and goofy fundraisers work.  Another reason is the social proofing element, where friends tag their friends on social network. Social proof is peer pressure in a positive way, the positive influence created when people find out others are doing something – now, suddenly, everyone else wants to do that something too. 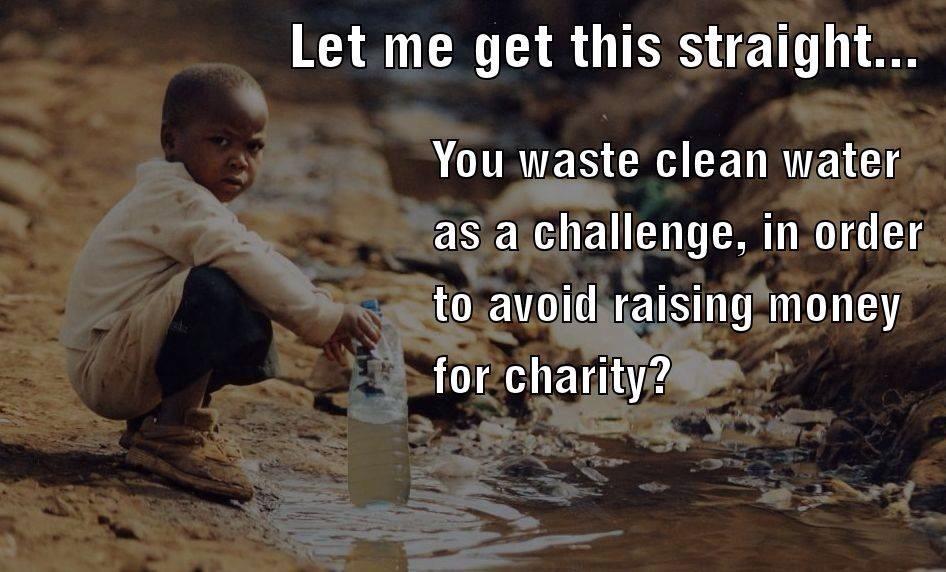 Like everything on the Internet, there was a backlash and criticism.   It’s  publicity stunt philanthropy.  It encouraging slacktivism, not long term relationship between the donor and the charity.  It won’t make a difference to those with ALS. And all about social media narcissism — a selfie on steroids and ego philanthropy.      Some suggest it is a just fad and is not really expanding charitable giving:

That would be all right if new donations to ALS added to the total of charitable giving. But the evidence is to the contrary. The concern  of philanthropy experts is that high-profile fundraising campaigns like this end up cannibalizing other donations–those inclined to donate $100 to charity this summer, or this year, will judge that they’ve met their social obligations by spending the money on ALS. (See this piece by MacAskill for an explanation.)
The explosive spread of the ice bucket challenge could even end up hurting ALS fundraising in the long term. The challenge is a fad, and fads by their nature burn out–the brighter they glow, the sooner they disappear.
The hard work of philanthropy always lies in creating a sustainable donor base. But the ice bucket challenge has all the hallmarks of something that will be regarded in 2015 as last year’s thing. 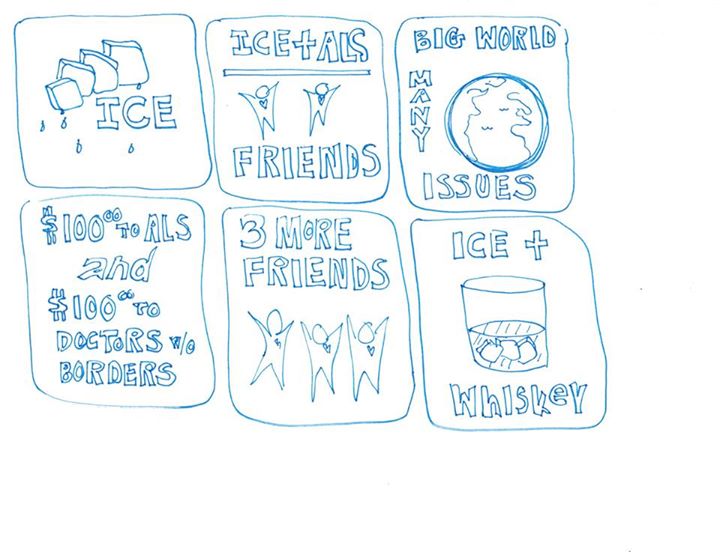 In a discussion with colleagues, I think Nancy White, had the right idea.   She was challenged and honored her friends request, but since wasn’t a fan of video self-promotion, she created a cartoon and also bent the challenge rules.   She also donated $100 to ALS, but also sent a donation to Doctors Without Borders because right now there are many West African countries who are so short of medical providers given The Ebola Crisis.  She challenged her friends to donate to ALS and to match their donation to another cause saying “Let’s spread good intentions, but wisely.”
Another alternative is the #noicebucket challenge:  Don’t dump cold water on your head; donate to ALS or other charity; and encourage your friends to do the same.   Inspired by Nancy, I’m forgoing the video and the water (we’re in a drought in California) and donating to charity:water, in honor of founder Scott Harrison’s son, Jackson, to welcome him into the world.
While the amazing success of the Ice Bucket Challenge isn’t going to be something that every nonprofit will be able to replicate, the ALS challenge will be how they can retain all these new donors.    For other professionals who work at nonprofits who may be asked by their board to cook up viral social media fundraiser, the challenge will be to extract the lessons learned and apply to social media infused fundraising campaigns and be ready to launch during the next negative news cycle.