I’ve been a huge fan of GivingTuesday since I first heard about it back in September, 2012 during a conference at Stanford.  I’m pleased to see that some of the skepticism and complaints have now morphed in to more capacity builders providing tips for nonprofits to take advantage of this national day of giving. Giving Days organized by local communities are being adopted by many more communities than ever before and a stronger understanding how these efforts can help build the capacity of nonprofits to embrace social media and online giving, engage more donors, and raise awareness of charity giving.
What I have always appreciated about GivingTuesday since the beginning is how they innovate and anticipate new trends in giving and incorporate into the campaign – either as toolkits or techniques for nonprofits to test and adopt.   This past summer,  I was an instructor at GivingTuesday’s Summer School where I made a video with some encouragement and tips for using GivingTuesday to experiment with new techniques, donor segments, or practices.   GivingTuesday is done it again with its K-12 Philanthropy Curriculum, a set of lesson plans that teachers can use to help their students participate in GivingTuesday by raising money for a local nonprofit.
[slideshare id=35969226&doc=generationzfinaljune17-140617085136-phpapp01]
With this resource, GivingTuesday is helping nonprofits experiment with a donor segment that is rip for cultivation by nonprofits —  “Gen Z.”    This generation is loosely defined as those born after 1995 and who are now 18 and under.  It’s a huge group: two billion worldwide.  Research points to the emergence of a dynamic generation: educated, industrious, collaborative and eager to build a better world (see slide 10).   Gen Z is already being branded as a welcome foil to the Millennials, born between 1980 and the mid- or late 1990s, who have been typecast as tolerant but also overconfident, narcissistic and entitled.  Gen Z is the first post-9/11 generation, one raised in an age of economic instability, orange terrorism threats, in the shadow of global warming, and globally connected via social media and mobile phones. 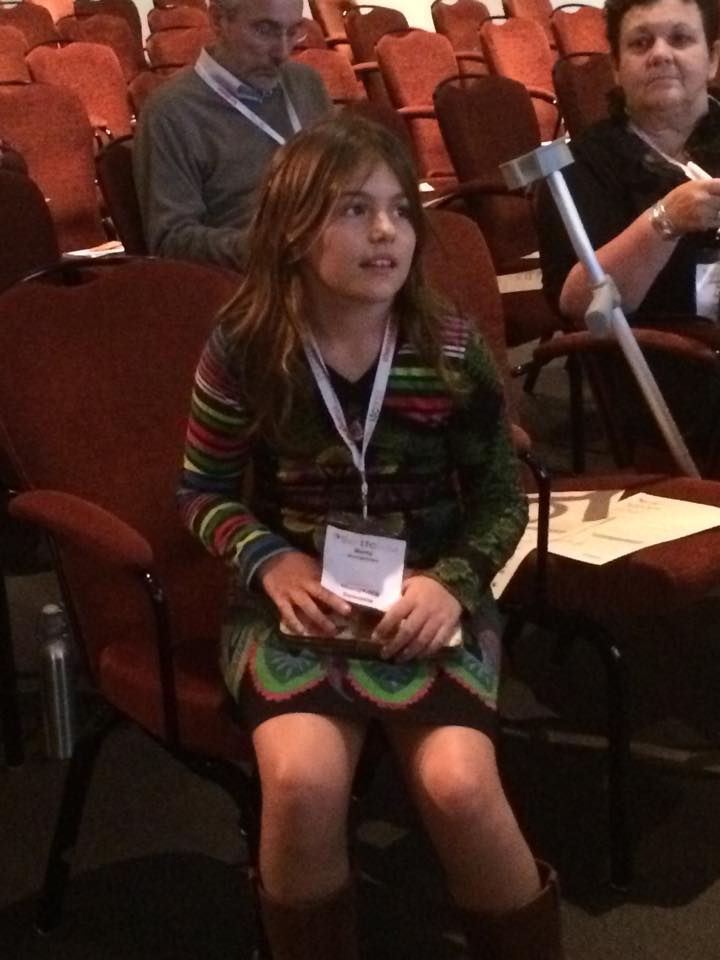 How do businesses and nonprofit reach out to this generation? A good checklist and some recommendations can be found on slides 50-53. But remember, these “PhilanthroKids”  are not necessarily the donors of tomorrow, in many case they are the donors of today and want to do it their way.  During my time at the International Fundraising Congress, I met this young lady, Betty, who was attending the conference to research and network with nonprofits to partner with for her fundraising idea to make the world a better place.   She’s only 10 years old!   This isn’t just an isolated case – here’s an example of 10 big time philanthropists who are kids, including a 13 year old who raised $600,000 for charity.
While some children are taught about giving to charity at home, we are seeing more and more philanthropy curriculum being integrated into the classroom.   The Giving 2.0 Mooc is an example at the college level where college students are not only learning about the world of philanthropy, but are also giving away a grant to a nonprofit organization as part of their work.     But is philanthropy a part of a Gen Y’s schooling?     During the recent ALS IceBucket Challenge, lots of kids were involved and I noticed some educators, like Vicki Davis, incorporating it as a classroom lesson.
The GivingTuesday Curriculum includes ten lesson plans that helps understand philanthropy and helps them reflect and develop their own philanthropic initiatives by choosing a nonprofit in their community and partner with them on GivingTuesday.
Does your nonprofit have a strategy for engaging and cultivating Gen Z as donors and supporters?   What does it look like?